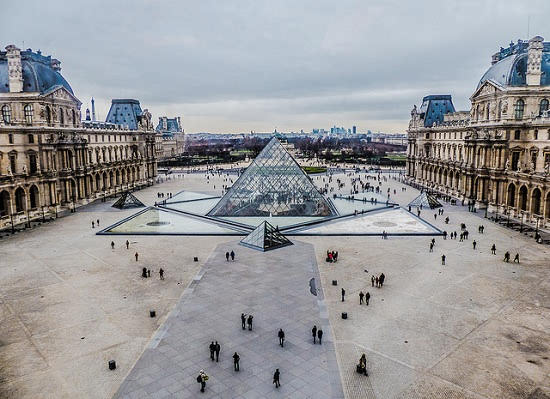 COST Action CA15104 (IRACON) organizes Special Sessions at the 11th European Conference on Antennas and Propagation (EuCAP), to be held in Paris, France, on 19-24 March 2017.

EuCAP has provided the ideal place for the exchange of scientific and technical information, and to foster collaboration and cooperation in the Antenna and Propagation domain, at both European and global levels. With this aim, EuCAP has been a regular keystone event on Antennas and Propagation, with a large participation of the world community. In addition to enabling the exchange of information and the access to the latest developments in the field through guest speakers and paper presentations, the conference features exhibitors demonstrating software, equipment, and technology. A wide variety of applications, ranging from mobile and satellite communications to medicine are addressed.

UWB systems have been proposed as a candidate for the next generation of in-body applications. In order to perform reliable UWB channel measurements, implantable antennas should work in the propagation medium properly. To assess the UWB channel performance, in-body antenna matching should be assured. Besides, an omnidirectional radiation pattern in order to communicate with a sensor array located around the body should be achieved. This paper is devoted to the analysis of the UWB in- body channel when using an antenna miniaturization procedure that maintains its omnidirectional radiation pattern as well as its operation bandwidth. For that, an UWB monopole antenna with circular patch is directly miniaturized and optimized considering the human muscle tissue. To assess the impact of antenna miniaturization, the results of the channel propagation measurement campaign obtained with the miniaturized antenna are compared with those obtained from a larger UWB monopole in a previous measurement campaign.

As increased requirements for much high speed and capacity telecommunications, frequency bands of wireless communications become higher such as millimeter wave or terahertz wave. In these high frequency bands, beam foaming is employed to gain stable connectivity. On-body body area network is one of fascinate application of these high capacity frequency bands. However, directions of on-body antennas largely fluctuates and shadowing frequently occurs due to human movements. In this paper, variation of antenna directions and shadowing of on-body propagation during human walk movement is investigated. As a result, range of antenna rotation and shadowing rate, which can be used future system design of high frequency body area networks, is clarified.

In this paper, we investigate the characteristics of the composite fading observed in non-line-of-sight (NLOS) off-body communications channels using the $\eta$-$\mu$/inverse gamma distribution. We use a number of different datasets obtained from NLOS off-body measurements which have been performed in a range of different environments at 5.8 GHz and 60 GHz. In all cases, the bodyworn node was positioned on the front-central chest region of an adult male. It is shown that the $\eta$-$\mu$/inverse gamma model provides an excellent fit to the measurement data for all of the considered cases. Using the Akaike information criterion (AIC), we have compared the -/inverse gamma model with other composite and non-composite fading models associated with the NLOS channel conditions. The AIC results confirm that the $\eta$-$\mu$/inverse gamma model was the most likely model to have been responsible for generating the channel data from the set of candidates which were considered.

This paper presents an analysis of the polarisation characteristics for the channel in dynamic off-body communications, and an empirical channel model, based on measurements performed at 2.45 GHz in an office environment. Body presence and propagation conditions have a strong influence on signal depolarisation. The model assumes three components for the total path loss: mean path loss, represented by a log-distance function with a path loss exponent of 1.71, Lognormal-distributed shadowing fading, and Nakagami-distributed multipath fading. The Nakagami Distribution shows a trend towards the Rice one in the co-polarised and the Rayleigh one in the cross-polarised channels.

With the advent of the Internet of Things, body-worn sensor nodes are continuously becoming more important. In case of bio-medical, rescue-worker or military applications sensitive data are often transmitted, requiring the need for encryption. Body-worn sensor nodes are generally employed in quickly varying channel conditions due to body movement. The radio-communication channel between such nodes is however reciprocal, allowing the extraction of an array of similar channel measurements at both ends of the link. These data can be used to build equal encryption keys at both link ends. This paper studies the practical performance of an enhanced channel-based key generation system with a very short round-trip delay. Measurements were performed using the new system and the results of the enhanced key generation are evaluated. Although the performance is slightly increased thanks to the shorter round-trip delay, the accuracy of the signal level detector still imposes limits.

This paper presents propagation modelling of different on-body and off-body wireless communication scenarios for dairy cows in barns at 2.4 GHz. Based on the obtained propagation models, a WBAN that monitors multiple heath parameters is designed for optimal performances in terms of energy efficiency and packet error rate.

The 60 GHz band is being considered for many high-bandwidth wireless applications. To support standards development for these applications, NIST has developed an untethered 60 GHz, 8×16 MIMO channel sounder. It employs a pseudorandom bit sequence with a bandwidth of 4 GHz. The sounder can precisely measure radio propagation channel characteristics such as path loss, small-scale fading, delay dispersion, absolute delay, angle-of-arrival (AoA), angle-of-departure (AoD), and Doppler power spectrum. Its ability to measure the time dynamics of the millimeter-wave radio channel, when untethered and in motion, is unique. It employs electronically-switched MIMO antenna arrays, a robot for moving measurements and an automated one-dimensional positioner for precision measurements at fixed locations. Sounder performance is improved by use of pre-distortion filters and precision calibration of the RF and timing systems. Data showing initial AoD and AoA estimation error are presented along with initial test results for ground-plane reflection.

This paper presents a measurement-based analysis of both the specular- and dense multipath components (SMC and DMC) at 94 GHz in an indoor environment. A total of 15 positions were measured with a virtual antenna array system, from which we have calculated Power Delay Profiles (PDP). A method was developed that allowed for the full-polarimetric estimation of the specular propagation paths, after which the remainder was regarded as the diffuse spectrum. The behavior of the reverberation time, known from the theory of room electromagnetics, was analyzed based on this diffuse spectrum.

This paper presents wideband channel measurements in an office environment in the 62 GHz and 83 GHz frequency bands. Measurements were performed with a VNA and the mechanical steering of directive antennas at both the transmitter and receiver side, allowing a double-directional angular characterization. A comparison of propagation characteristics such as the path loss, multipaths clusters’ dispersion properties in the delay and angular domains are provided. Results show that similar propagation characteristics are attainable in the two bands considered.

Recently, the fifth-generation mobile communication system (5G) has been widely investigated to accommodate increasing mobile users’ traffic. In the 5G system, although the utilization of the higher frequency band above the 6 GHz band is expected, the detailed investigation for the applicability to the mobile communication is still necessary because of different radio channel characteristics compared with microwave bands. In this paper, 11 GHz band MIMO channel measurements were conducted in a street micro-cell environment. The result shows that the delay and the angular spreads of the specular paths were smaller compared with the results in the microwave band. The scattered signal component was weak compared with measurement results of indoor environments. The result is expected to utilize for the MIMO channel modeling in the higher frequency band.

This paper presents indoor channel characteristics in atrium entrance hall environment at millimeter-wave band. In this measurement campaign, the base stations (BS) were mounted at a height of approximately 2.8 m on the walls and the user equipment (UE) was located at multiple positions on the floor.

Based on Vector Network Analyzer (VNA) measurements, a model for the specular reflection behavior of printed circuit boards (PCB) in the Terahertz range has been derived. It has been calibrated to suit the behavior of the measurements using a simulated annealing algorithm. The model has been tailored for the integration to ray-tracing based propagation modeling.

This paper compares performance of the single-frequency floating-intercept model, the single-frequency close-in model, the multi-frequency alpha-beta-gamma model, and the multi-frequency close-in frequency-dependent model at 30 GHz, 140 GHz, and 300 GHz. For comparison purposes, extensive propagation measurements at 30 GHz (26.5–40 GHz), D-band (110–170 GHz), and 300 GHz (300–316 GHz) are conducted in the indoor line-of-sight (LoS) environments. The results show that if no measurement error is present in the channel impulse response, all four models have very similar performance and the model with the smallest number of parameters would be the optimal choice. On the other hand, the results show that in the presence of measurement errors or lack of detailed antenna gain characterization, models without physical anchor outperform models with physical anchor and correctly predict the reason for path loss mismatch between model and theoretical values.

In the present paper we analyse small-scale fading of reflections at 60 GHz using different antennas and bandwidths. The aim is to investigate the deterministic property of the channel in view of modelling and deployment of systems with larger bandwidths and higher directivity. We have investigated the scattering effect of a reflection on a wall emulating a beam-former in a NLOS condition. The results show that the distribution of the amplitudes fit better with a Rician than a Rayleigh distribution. Furthermore, we show that an increasing bandwidth and directivity increases the K-factor, supporting the idea of deterministic paths apart from the LOS.

This paper presents the comparison of power angular spectra at frequencies below and above 6 GHz, i.e., 2, 15, 28, 60 GHz. With the increased focus on millimeter wave frequencies for ultra-high data rates, a detailed understanding of channel frequency dependence has become crucial. The analysis in this paper is based on multi-frequency radio channel measurements in an indoor coffee room environment for both line-of-sight (LOS) and non-LOS scenarios. For multipath extraction, two different methodologies are used at below and above 6 GHz frequency bands, respectively. The results indicate that LOS channels demonstrate a similar spatial spread at all the frequencies considered, and hence can be spatially modeled in a similar fashion. The NLOS channels exhibit larger spatial spread overall. The paths at above 6 GHz channels appear to be spatially more consistent compared to those that are below 6 GHz, where penetrated and the diffracted paths also exist.

Results of path loss in typical outdoor environments in two frequency bands identified in WRC15 for future 5G radio systems are presented. These include angular path loss as estimated from the strongest component, the main beam, the back beam and from the synthesized omni-directional beam.