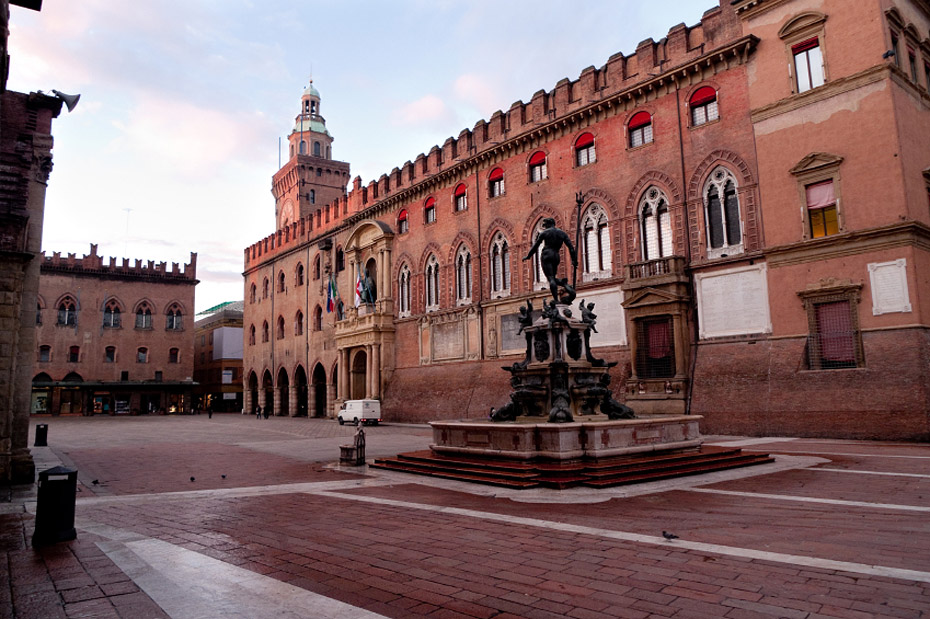 The 29th Annual IEEE International Symposium on Personal, Indoor and Mobile Radio Communications (IEEE PIMRC 2018) welcomes original research and developments in all areas of wireless technology, from the radio channel and PHY layer, to MAC and network issues, business and applications of radio communications.

The symposium is held on September 9-12, 2018 in Bologna, Italy, at Polo Congressuale, a large congress centre located close to the city centre. The event comprises world-class keynotes, panels, workshops and tutorials, technical and business sessions; it also includes a welcome reception on Sunday afternoon, and a banquet on Tuesday night, held in the magnificent framework of a 800-year old palace located in the main square of the city.

The theme of this edition is “Towards a Connected World of People and Things”; the impact of radio technologies on many important aspects of people’s life, and the role of the Internet of Things in the automotive and agro-food sectors, on smart manufacturing, arts and other application areas, will be discussed by the keynote speakers, within the panels and workshops included in the program. The evolution on 5G standardization and its early experimentation, are among the key topics addressed by the event.

The growth of commercial wireless broadband services, including smart phones, tablet and computers, the increase in scientific and governmental operations using radio frequency, and IoT wireless solutions have greatly boosted the demand for spectrum. At the same time, the economic value of spectrum has increased more than 25% in the last year. However, since the amount of spectrum is limited, there is concern about ensuring adequate access to an ever increasing number of concurring services and applications. In this respect, the usage of high-frequency bands, such as the well known mm-waves, shows a high potential and is envisaged to help meeting future spectrum needs in a timely manner, also enabling the full transition of mobile system to 5G.

A number of recent studies and researches, which rely also on trials and experiments across the world, including recent 5G pilots, have considerably progressed knowledge for the development of novel spectrum management paradigms. Innovative reference models have been set up to show how spectrum can be fully utilized and wireless networks can be rapidly and fruitfully deployed, maximizing spectrum efficiency, creating new opportunities for sharing and ensuring a higher degree of flexibility.

Unmanned Aerial Vehicles (UAVs), also known as drones, are expected to become an integral part of our daily life as the tendency is to make UAVs increasingly smaller, cheaper and smarter. Nowadays, UAVs have been mostly adopted for outdoor applications in rural and mountains areas, as for precision agriculture, surveillance or for emergency events.

UAVs can be regarded as terminal devices connected in the ubiquitous network, where possibly other UAVs are flying, communicating and are controlled in real-time possibly beyond line-of-sight. Connectivity to UAVs can be provided via 5G or other Internet of Things (IoT) technologies (Internet of UAVs).

More recently, they have been proposed as Flying Base Stations for future wireless networks. Indeed, 5G networks, will be characterised by a massive density of nodes, requiring an high degree of network flexibility much higher than in the past. This can be achieved by mounting base stations over UAVs and letting them fly when and where it is needed, helping the terrestrial base stations and improving coverage and capacity.

This Special Session solicits the submission of high-quality and unpublished papers that aim to solve open technical problems and challenges typical of future wireless communications for UAVs considering both, UAVs as terminal of the IoT and base stations of the mobile radio networks. Theoretical and experimental studies are encouraged. This Special Session is organized in the framework of the COST Action CA15104, IRACON, and in particular by the Experimental Working Group on Internet of Things, having a specific interest in UAV-aided wireless networks for beyond 5G networks.

Understanding of main radio propagation mechanisms is fundamental to the development of deterministic and physics-based propagation models, which are essential for the design and simulation of wireless systems. In particular, a thorough characterization of the major propagation phenomena at different frequencies is necessary in order to provide reliable channel models able to support the continuous evolution of wireless systems beyond 5G, where the increase in the number of frequency bands (ranging from centimeter to millimeter waves) and in the bandwidth (over hundreds of MHz), the use of highly directional and three-dimensional antenna arrays (beamforming and massive MIMO), and the variety of new application scenarios attract attention as compared to legacy wireless systems. In this context, ray-based propagation models, such as ray tracing and ray launching, have been gaining much more popularity than in the past, thanks to their intrinsic capability to provide a full characterization of radio propagation channel in the time, angular, and polarization domains. The computation times are no longer a problem with modern computers which can fully exploit the potential of parallel computing, either using multi-core CPUs or graphical accelerators (GPUs). In addition, full-wave models, such as Methods of Moments (MoM), physical optics and FDTD, have also become suitable for studying propagation in complex environments with high accuracy, or in the presence of objects whose size is comparable with the wavelength, and can be easily combined with ray models. Deterministic models can also be used for a variety of applications, including the design and planning of mobile radio systems and services, fingerprinting and multipath-based localization methods, and real-time optimization of wireless systems. This session aims at collecting activities and insights about recent development of enhanced ray-based propagation channel modeling methods and their applications.

As the next generation of mobile communications technologies (‘5G’) is being developed, regulators are once again faced with new challenges posed by the innovative 5G radio access networks, including EMF exposure and the related health effects. The International Telecommunication Union (ITU) has recently started addressing the regulatory issues on EMF exposure in 5G networks. Moreover, the International Electrotechnical Commission (IEC) is currently working on exposure assessment methods for TDD systems and massive MIMO smart antennas.

Current legislations on EMF exposure limits are based on the received value of non-ionising radiation due to radio frequency emissions. The methodology to calculate the received exposure is based on the assumption of a predictable radiation pattern from the transmitting antenna. The active antennas in the 5G mobile networks will be very different from those in the current 4G systems. They will direct radio waves towards the users through focussed beams rather than emitting with a fixed radiation pattern over a wide angular spread. It means that the assumptions used in current models and numerical simulations to assess the electromagnetic exposure could be not suitable for 5G systems.